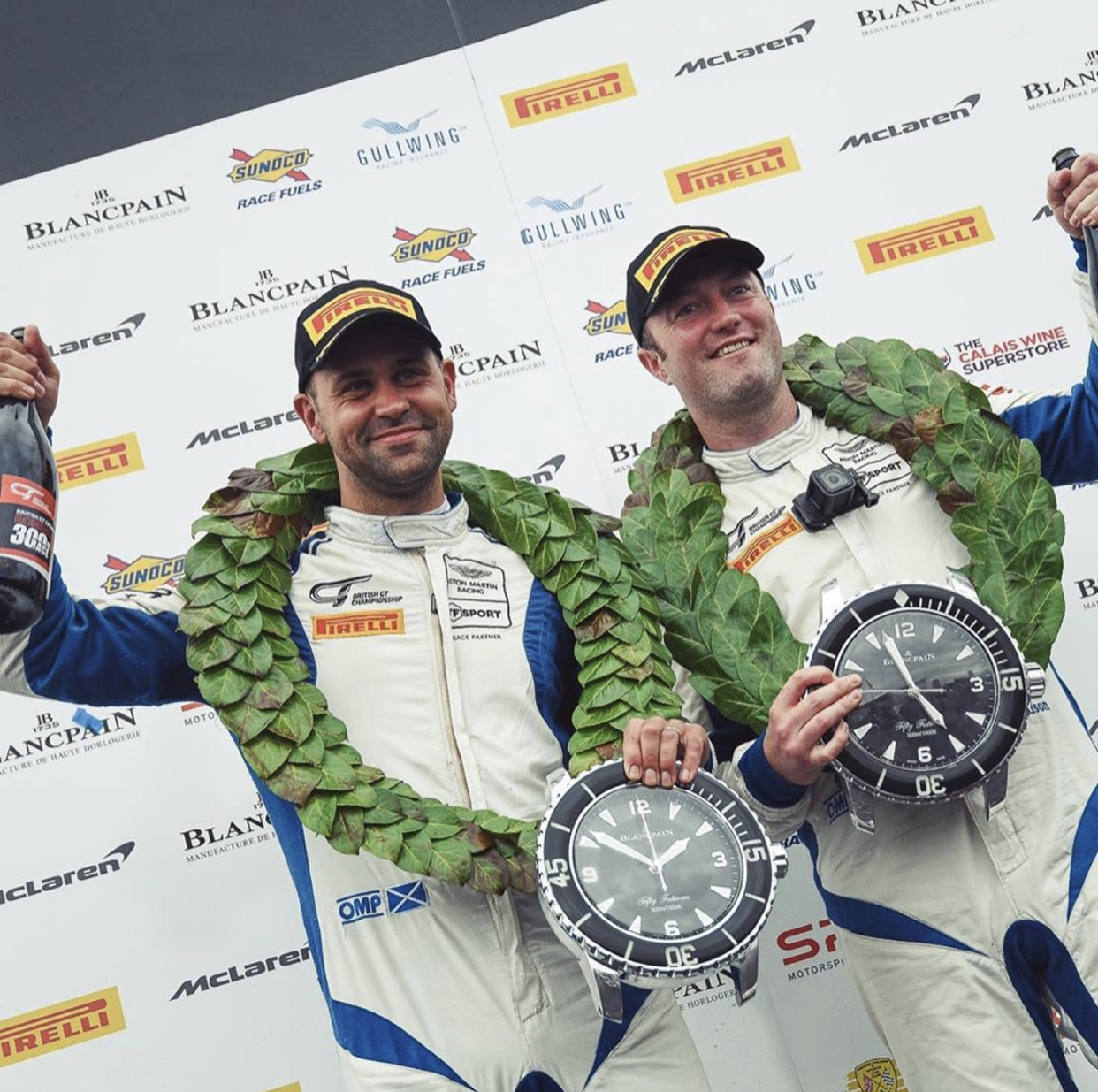 Welcome to Donington Race Park, its Saturday 14th September and race weekend begins. it's the final race of the British GT and the Number 47 Aston Martin Vantage of TF Sport driven by Graham Davidson and Jonny Adam is in contention for the championship.

This race however is also different from any other this season..... not only is it the Final race but this time we won't be watching on screen we will be attending this one live.

Saturday starts off with some free practice and as the lap times and feedback comes in from the drivers its clear the car isn't perfect, there are issues with the set up to the car including the handling and gearbox issues. The team make efforts to fix the issues before qualifying begins but only time will tell if it's made the car perform any better.

Free practice over and qualifying begins the car has improved slightly but not enough and Graham and Jonny qualify in 4th which is a decent position but not the pole they were hoping for, racing over for the day and its time to get to work on the car hoping to get it perfect for race day.

Sunday 15th of September AKA race day, we head to the track early and its finally time to see it all happen in the flesh. We are excited to meet Graham and the team and get a behind the scene look at what happens on race day and just how much work goes into bringing it all together. After all the introductions and and a morning spent being shown around the car and the paddock etc it was time for the guys to get ready for the big race.

Graham in the No47 Aston starts in 4th and the other two cars in championship contention are both Barwell Motorsport Lamborghinis No72 starts in 2nd and the No69 car which starts in 7th so all eyes are on theses three cars. As the lights go green the race begins behind the safety car after some incidents during the formation lap so not the action packed start we expected. Safety car in and the race begins, cars all stay in position through the first few corners and everyone gets off safely. Graham has a huge challenge on his hands as he needs to gain a 20 second gap from both Lamborghinis as the No47 team have a 20 second success penalty from their win at Brands Hatch, as the laps go on Graham starts gaining time on the No69 car but is still behind the No72 car. 20mins into the race and Graham is still fighting to overtake Balon in the 72 lamborghini and with a few cars going into the corner at the same time Graham gets his chance and passes through, during the action Balon makes contact with another car which sees the car damaged and falling behind giving Graham the perfect opportunity to pull away and make a start on gaining that 20 seconds he so badly needs as if he manages this it will see them stay in front after the pit stops which would then give them a great shot at the championship. Graham drives a fantastic race and although there are a few scary moments during the last 30 mins of his stint he is the fastest man on the track and does everything required of him and gains the 20 seconds required before the mandatory pit stop to allow Jonny Adam to take over for the last part of the race.

The car is refuled and Jonny is now in the driver seat waiting for the penalty to count down and for the car to be released, the number 69 car has already been released and is making its way down the pit lane and this is going to be close as it approaches Jonny is released and with not a second to spare just makes it out in front, the race for the championship is on. Jonny sitting in 4th and with the Lamborghinis behind this would be enough for the championship win but this is motorsport and we all know its not going to be that easy. We spend the last part of the race in the pit box with the team and friends and in the last 15mins things are starting to get tense. The room starts getting noticeably busy with media and members of the team, fingers are crossed and everyone is getting nervously excited as the championship win is less than 5 mins away but the cars behind the Aston start gaining time and are getting nervously close, the red number 18 Lamborghini of Lind is now in the fight for position and things are getting scary for Jonny Adam. With both Lamborghinis snapping at his heels and Lind getting a little too close for comfort on a couple of occasions the cars hit large pockets of traffic, things are now getting intense and its getting difficult to watch with what's happening between Jonny and Lind, with some loud gasps coming from around the room the worst happens and Lind hits the back of the Aston causing damage and almost sending Jonny off the track which allows both Lind and Cocker in the Lamborghinis to pass leaving Jonny in 6th which isn't enough for the championship win. With the number 69 car now in 4th it gives Cocker an advantage of half a point to win the championship, the room is now silent and the mood has changed from that of excitement to sad and bewilderment of what has just happened. The race finishes with Cocker 4th, Lind 5th and Jonny 6th which has dampened the mood and left everyone wondering what next.

The contact has been called for investigation by the race stewards and its now in their hands to what happens next. Its a very tense time and as the time passes everyone is giving opinions and discussing the racing incident and after what seemed like forever the decision is made and Lind is given a five second penalty which sees the 47 Aston regain 5th position and take the championship win by two and half points over Cocker. The correct decision was made and after a long wait it was time to celebrate.

What would motorsport be without the down to the wire excitement and drama.

Congratulations to Graham, Jonny and the TF Sport team, its been a pleasure to follow you all this season and we have been proud to sponsor the Number 47 Aston.

Thanks for the experience.